Cashew Market.
As we said last week the market has softened and levels are very low. We feel that this is the floor and won’t go any lower, the price of Tanzanian RCN, is trading for $1,400 per metric ton and there isn’t  a lot of seed on the market so price could probably go higher. The other seed won’t be available till 1st QTR which means earliest around March. Most factories are not producing at all and those that are, are producing small quantities since they don’t want to sell at these low prices.

Traditionally when pricing hits this low level interest goes up and the price moves up along with that interest. We strongly advise to book both SPOT and 1st QTR needs now. Our pricing reflects these low levels and we have also come down on roasted products by $0.10. Please inquire for forward contracting pricing.

Almond Market
As per our extensive Almond report last week, we have seen some cheaper offers from small packers & traders, and have adjusted accordingly. Large packers haven’t budged on pricing and are still holding firm and the domestic market demand is very high. El Nino predictions have be upped and California got some rain last week but nothing significant at all. Although rain will affect the short term market it will only really make a proper impact 2 years down the line due to the tree damage.

Small snippet of info, we have in terms of the European market which comes from the trading desk at Barrow Lane and Ballard is that many traders have large contracts and went short, now that Spain is out they will have to start buying US product and that could impact pricing and push it higher, it’s something we will keep an eye on.

Walnuts.
The pipeline has still not burst and that is why the pricing which we think should come down is still holding strong.

Pistachio.
Market is somewhat sideways. The very large Iranian crop means very little buying from China and the strong harvest of 526 million means that price could fall. We will have a better idea when grading is done. 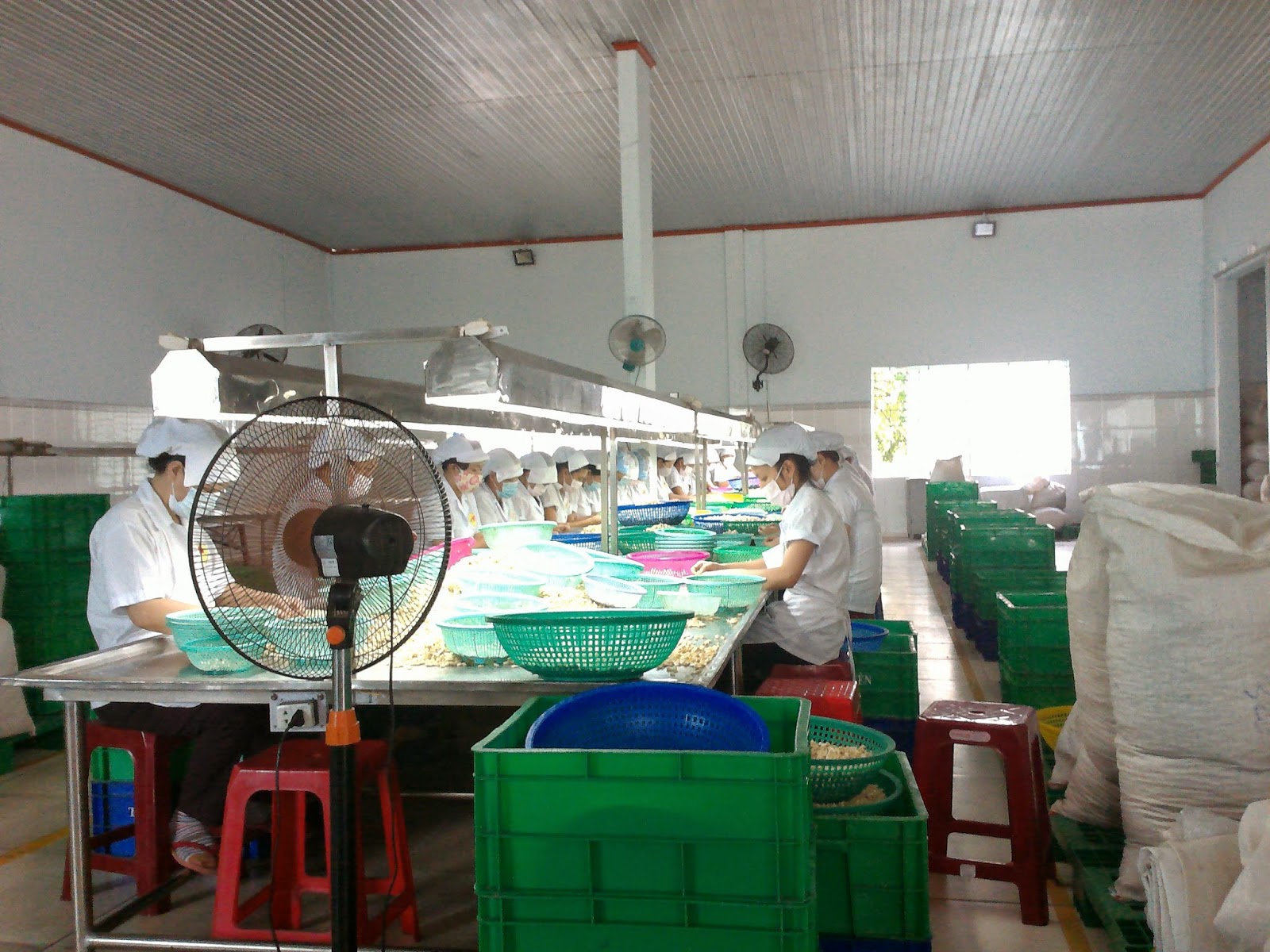 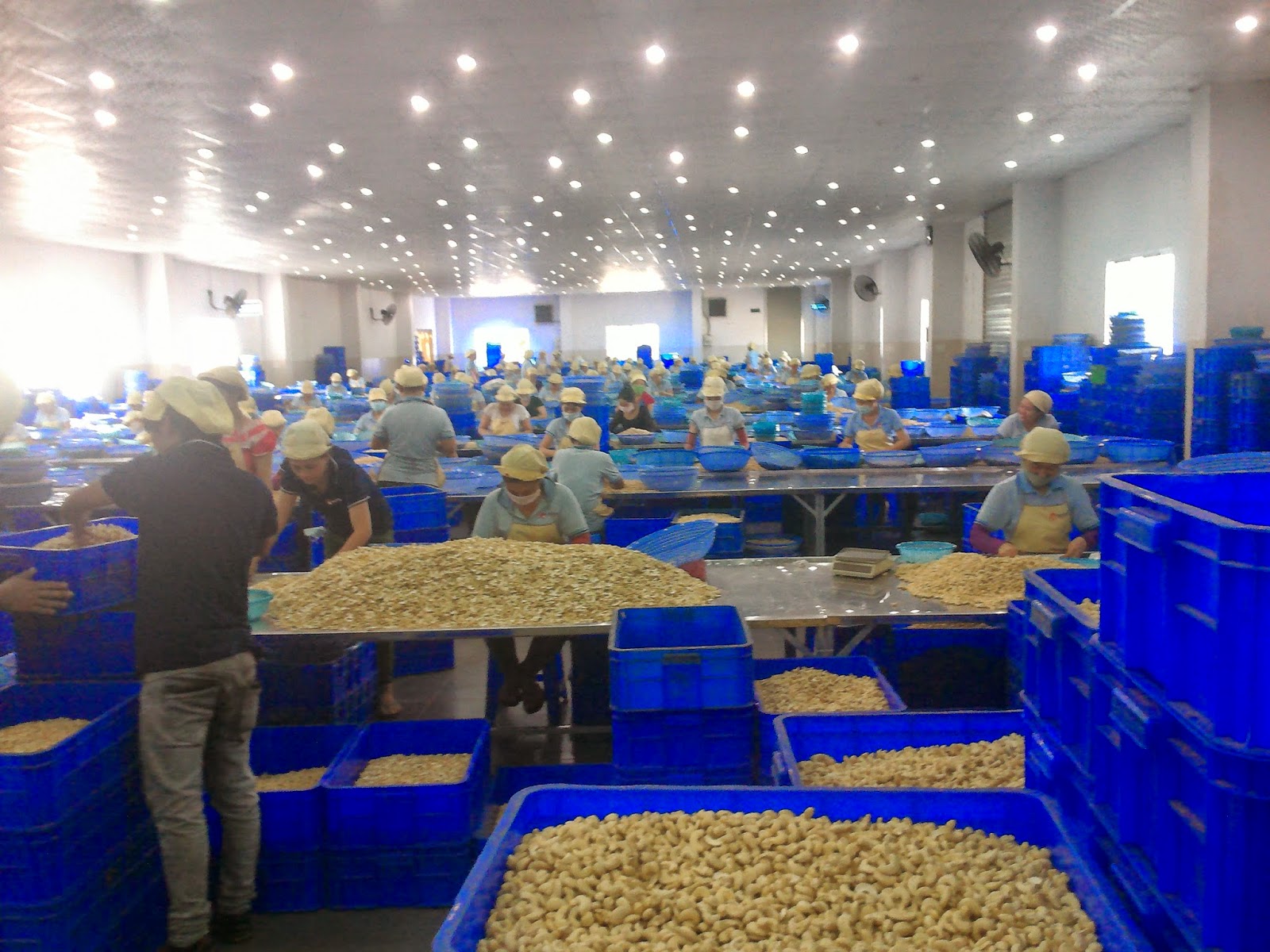 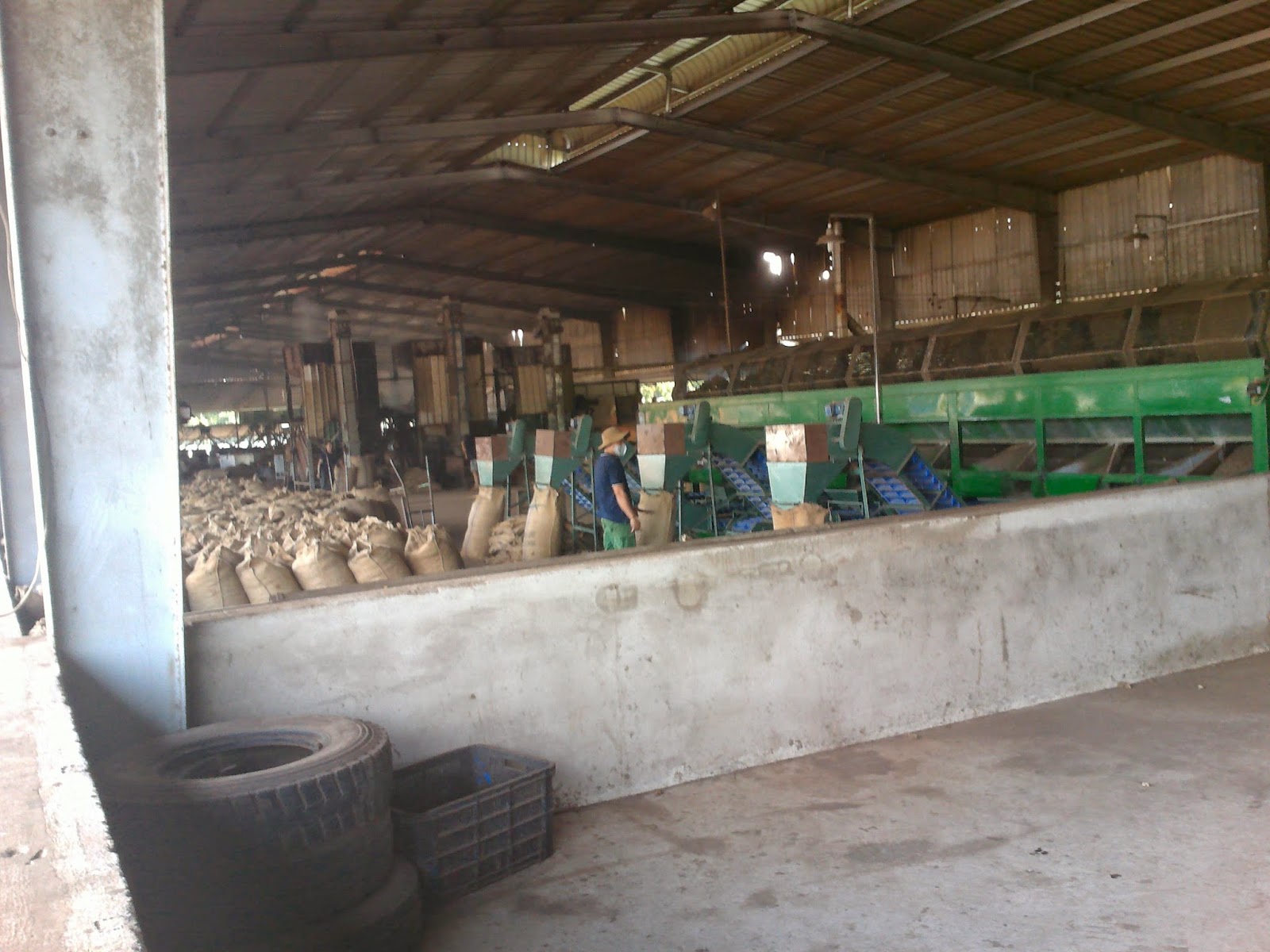 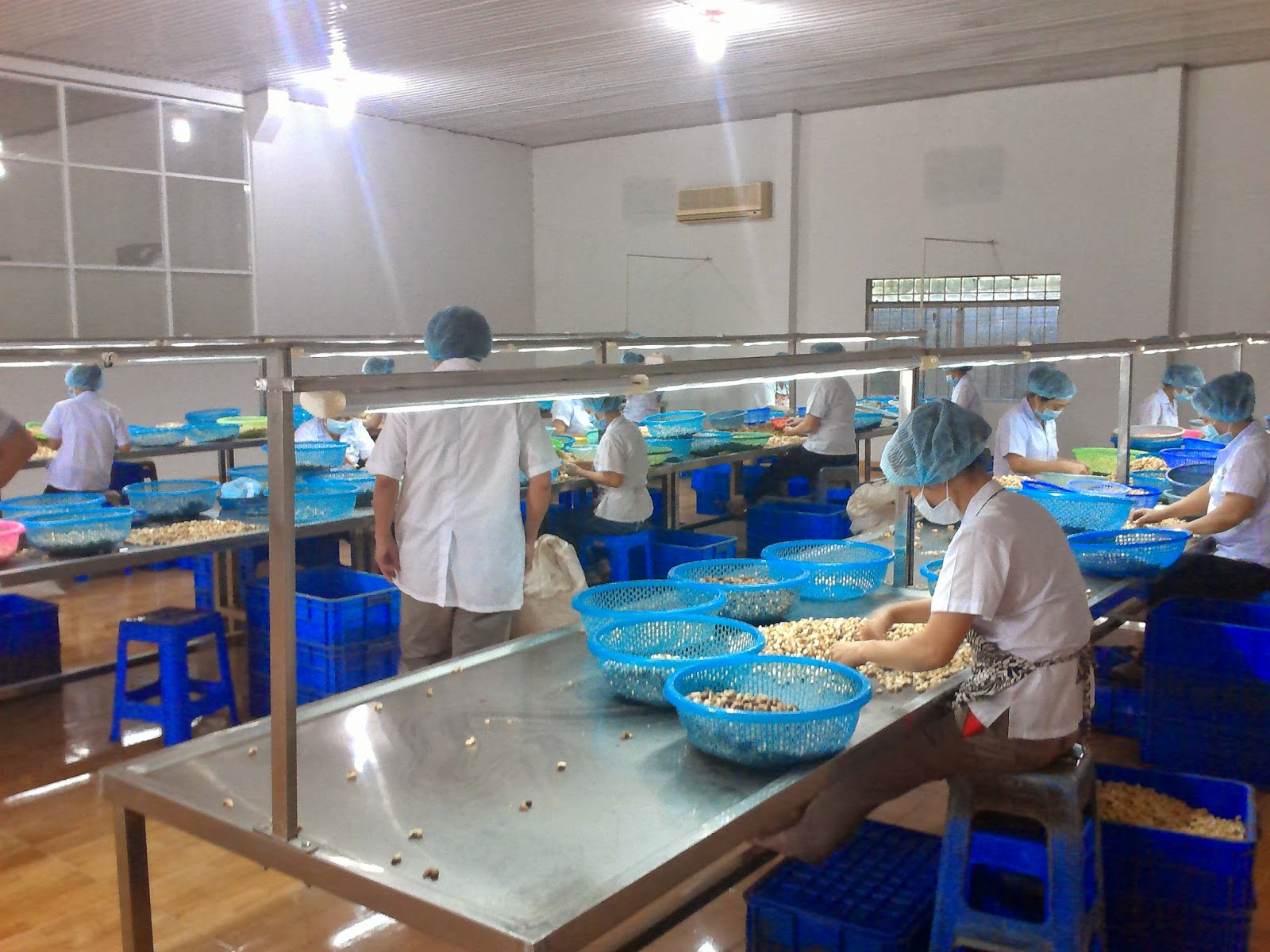 We didn’t send out a report yesterday due to the Almond shipment report. After strong and in depth analysis we have some strong conclusions.

October shipments were released yesterday and the results are a gaggle of different signals:

Some important things to take note of. The Spanish Almond price drop is not related nor will it affect US crop pricing. Why did Spanish Almonds price drop?,  simply the European farmers are not “fat cats” and want to move product at this time. The crop has been OK and they are not in the same financial position as the California growers. They are not looking to increase yields to the same rate, rather happy with the current pricing and the desire to shift product and bring in some much needed cash. (typical Euros)

China has dropped significantly. Granted, but look at what has happened in India. Prime Minister Modi is intent on creating a new middle class, he has removed the red tape for importers (which was formally controlled by a few prominent families) this has led to a huge increase of almond imports 66%. Well either they have flooded the market or very cleverly have imported mostly unshelled almonds to forward sell, they can shell cheaply in India and can ship easier into the Chinese market (less import taxes). Even with the fear that these “rookie” importers are flooding the market, it will  have no real impact or adverse effect since they can’t ship it back stateside anyway. (Try getting past the FDA)

In terms of rain. Hardly any rain fell in October and so far in November and hardly any in the forecasts.
El Nino (wet winter) probabilities revised down to 55% from 65%.
The 2014 crop is now expected to be in between 1.90 to 1.96 billion down from the objective estimate of 2.1 billion hence growers/packers expect shipments to be down 10% on average every month in order to have a feasible carry-over for next year. I also feel that the growers have now given up hope of rain and are comfortable at these prices even without it (covering the cost of bringing in water). They are not really expecting it, this is evident in the recent signing to bring “drip irrigation” to the great state of California.

We think that we can expect prices to remain unchanged till the end of the year at least. For January onwards we are in the hands of mother nature (= rain or lack thereof)

So in conclusion:  The drop of 10% is not something to cause concern or to expect a price drop. We would need to see everything in the favor of the buyers for any real price drop, a tremendous amount of rain and a bumper forward crop. Neither of these seem on the horizon but am not GD (even if my mother disagrees :-) so impossible to predict the future but that’s our gut and conclusion based on what the reports & market research indicates.

Saying that some unsophisticated traders could read the report wrong and panic sell so some cheaper pricing will be available and we are seeing offers like that, but not from the actual large growers. They have gone out high and the domestic market have just accepted it and more, as evident by the 8% increase and the record breaking sales month. The demand for Almonds by the common man is strong (well done Almond Board)

I hope this is helpful, we shall be sending out a new price list tomorrow and can now offer the following Pistachios 18/20 R/S.
Posted by Nut Talk at 4:32 PM No comments:

Some good movement on the market this last week in terms of Cashews and Almonds.

Cashews.
The cashew market has definitely softened caused by some significant factors. The price of Tanzanian seed has moved down and the left over seed has also come down which has pushed cashew prices down. China isn’t purchasing any 320/240 so price has fallen, while 450’s is still holding firm because that item is still being purchased by China.

This market can move easily either way. If China comes in with heavy buying for the Luna new year that will push the prices up, that could also be the reason why they are not purchasing now in anticipation of the cheaper prices and hoping it will drop more and then they will come in heavy, this more than any factor will determine the price going forward. We have also seen a softening in the LP price due to the drop in the price to 240’s and 320’s so this has pushed down the LP price.

We would advise to book SPOT, you need to cover your QTR needs in case of very heavy buying which looks most likely.

This month’s shipping report is very important to determining where this market is going, it’s been the third week since offers have been flowing, and the market is finally breathing. Based on the report we can get a better picture but most people in the market seem very convinced that pricing isn’t going to come down. The thought process is that the almond farmers have made good money for the past few years and combined with the lack of rainfall are in no massive rush to move product. Small factor in terms of rainfall, the state of California signed an agreement with the Israeli government to implement drip irrigation which would negate the problem of drought, this week take a few years to get done but it shows the mindset of the state, that they are not “hoping’ for rainfall they are going to prosper even without it.

Pecans.
Small movement on the pecan market, the price discrepancy between Halves and Pieces and Mammoth halves is getting smaller, they are looking to close that gap because there are not so many pieces on the market because of the sophistication with the shelling. While it’s a good crop the farmers are intent on holding high prices and are happy to store product in order to achieve that.

While the Mexican farmers need funds so will try and undercut pricing to move product. The difference in this product is the lack on conformity between Mexican pecan growers, Texans and Georgia so harder to tell what the farmers will do overall.

We expected the price of walnuts to drop, it hasn’t yet due to the late crop and the pipeline issue, but its starting to move and there should be more availability in the next few weeks. We have taken a position on Walnuts LHP and combo Halves and pieces.

Pine Nuts.
We are offering great pricing on 650 ct